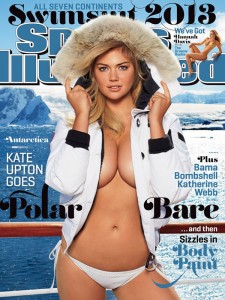 The ice caps are melting …

The meteor that slammed into the Chelyabinsk region last Friday must have seemed like something out of a Michael Bay movie to the poor Russians who witnessed it: loud, bright, fast and utterly incomprehensible. And like the first Transformers movie, it was only the beginning of the madness. (That very weekend, Russia suffered the indignity of serving as the setting for the cacophonous empty-calorie spectacle A Good Day to Die Hard. Hadn’t those poor people endured enough?)

That same day, witnesses saw a fireball streak through the skies above California. And then there’s the little matter of a 150-foot asteroid with the chillingly bureaucratic name of 2012 DA14, which came within 17,200 miles of our planet—one-fourteenth the distance between here and the moon, and lower than the altitude of some of our satellites. We’d known about that drive-by for a couple of years now; scientists knew it wasn’t going to do more than graze us. The meteor that careened into Russia, injuring more than 1,000 people and damaging many more buildings, like something out of Transformers: Dark of the Moon? Yeah, turns out we didn’t know about that one. (Or did we?)

But by the time we were getting buzzed by giant space rocks, an even more ominous occurrence had already taken place—an extinction-level event on the magnitude of a comet wiping out the dinosaurs: the release of the 2013 Sports Illustrated Swimsuit Issue.  Which, for the second year in a row, bore the image of Kate Upton on the cover. Why, you may ask, is that more momentous than space debris raining down on the Russians? Good question. Simply put, the 20-year-old model’s Antarctic photo shoot argues that our species has reached its evolutionary zenith. Forget those dreams of our children’s children curing cancer, inventing flying cars or developing godlike powers—mankind has peaked. It’s all downhill from here, folks. 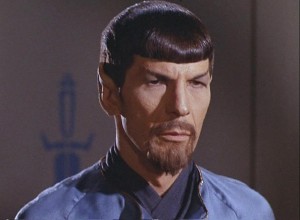 Something about that beard just screams “Evil!”

Fans of science fiction found themselves on the end of a good news/bad news scenario on Tuesday, when a scientist with the Fermi National Accelerator Laboratory suggested that we’re vulnerable to being wiped out by a parallel universe, “if you use all the physics that we know now and you do what you think is a straightforward calculation.”

No, really. As Joseph Lykken told NBC News, “The universe wants to be in a different state, so eventually to realize that, a little bubble of what you might think of as an alternate universe will appear somewhere, and it will spread out and destroy us.”

The good news, of course, is that all those hours upon hours, years upon years spent watching Doctor Who, Fringe, Red Dwarf, Buffy, Star Trek and even Community haven’t been in vain—there really are alternate realities similar to (but oh so different from) our own. The flip side, of course, is the trade-off: that whole destroying-our-universe thing. But what should we expect? What do those all those fictional parallel realities usually have in common? Yup. They’re populated not just by evil beings, but worse, by evil versions of … us!

Well, okay, sure, this is all just conjecture. Lykken is, after all, a theoretical physicist. (Oh, did I leave that part out?) And the above quote about the alternative universe is simply him, well, theorizing. (Not to mention, he doesn’t even allude to our evil alien counterparts.) It’s much more accurate and fair (though not nearly as cool) to quote him saying this instead: “It may be that the universe we live in is inherently unstable and at some point billions of years from now it’s all going to get wiped out.”

Still. Having linked the Higgs Boson particle to a extremely likely invasion from the Mirror Universe, Joseph Lykken is now officially the coolest theoretical physicist ever. (Sorry, Sheldon Cooper.) So if you happen to come across your dopplegänger—a virtual carbon copy of yourself—and he (or she) is sporting a neatly trimmed pointy beard? Head for the hills. 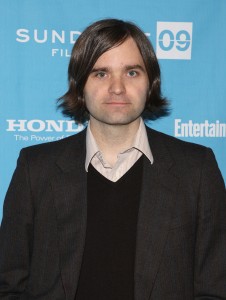 Someone buy the Antichrist a comb …

3. The fall and rise of the Postal Service

The U.S. Postal Service earlier this month announced plans to suspend Saturday mail delivery starting in August. And during the very same month, the Postal Service, an indie-rock band featuring Death Cab for Cutie frontman (and known Antichrist) Ben Gibbard, announced a reunion tour in support of the 10th anniversary reissue of their aptly titled 2003 album Give Up. Coincidence? We think not. Especially since, like all rock bands, the actual postal service is diving head-first into the merch game.

Thousands of hipster kids are going to throw perfectly good money away to buy an album they already own, full of songs written and sung by a sensitive man-child who, despite great wealth, doesn’t know how to dress or comb his hair—and yet managed to marry the chick from The New Girl. And many of those hipster kids will also go to see him in concert, blissfully unaware that they’re all just pawns in a series of elaborate incantations designed to lower the testosterone count of everyone in the audience by hundreds of points. What those kids don’t know is that thousands of sweaty, unwashed hands unwrapping the packaging of the Give Up re-release is actually the opening of one of the seven seals. Sam and Dean dealt with this back during Season Four of Supernatural, but they had the angel Castiel on their side. What have we got? Not even the Vicar of Christ …

Not even they can help.

His Holiness doesn’t need a weatherman to see which way the wind is blowing. He’s 85 years old, after all, and his faculties aren’t what they used to be. He knows that when the first four seals are opened, the Four Horsemen of the Apocalypse will be released upon the world. And he hasn’t completely closed his mind to the idea that there are five of them, not four, and they already walk the Earth as One Direction. So what if he’s the first living pope to step down in 598 years? He’s seen the signs: Chris Brown and Rihanna. The falling rocks. Kate Upton. The parallel universe (in which his devil-worshipping counterpart no doubt sports a neatly trimmed Van Dyke, to signify that he’s you know, evil). He’s seen that episode of Supernatural. He knows that merely being selected as God’s representative on Earth by a conclave of gnarled old men possessing an unhealthy preoccupation with women’s reproductive systems doesn’t grant him the power required to vanquish Zooey Deschanel’s ex-husband. He knows it’s time to relinquish the Chair of Peter to someone younger, more vital, more prepared to face the coming trials. Someone like Battle Pope.

But no. A man accomplished enough to have ascended to the leadership of the Catholic Church will know that the tribulations yet to come require us to think even more outside the box. What we need, he’ll have determined, is someone of the modern world, able to meet the Antichrist where he lives. Someone who’s been through the modern crucibles of sex-tape fame and reality television. Someone toughened by a stint behind bars. Someone who’s fought Sam and Dean on Supernatural and lived to tell the tale. Someone wise enough to have studied at the feet of the Buddha, Oprah, and Giorgio Armani. Someone like … 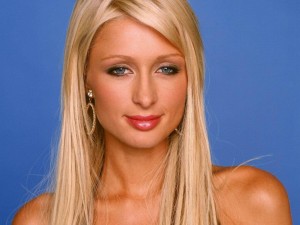 Or is THIS the Antichrist? We’re so confused …

The world’s most convincing wax mannequin has apparently heard of Sophocles. Or at least, whoever handles her Twitter account has.