I’m not a big fan of compiling “top 10” lists (despite having done so for more than a decade), as my tastes and favorites often mutate and evolve from one day to the next. But as a reader, I’m as susceptible to their allure as the next person. So here’s a subjective, subject-to-change list of 10 albums released last year that I enjoyed, for those who might be interested (both of you). 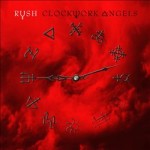 1. Rush, Clockwork Angels: Rush left concept albums behind back in 1978 after the excellent Hemispheres, and charted a hard-right turn into more modern rock sounds as the 80s dawned and the flowing robes and fantasy trappings of progressive rock started to look a little silly in the cold, harsh light of the Reagan years. But the Canadian power trio didn’t chuck complex compositions or thought-provoking subject matter into the dustbin with their Spandex tights: From the outset, 1980’s Permanent Waves showed that they were still deep, man, and each album since has possessed an overarching theme, as the music has gotten tighter but no less adventurous.

So the idea of this latter-day Rush returning to the concept album holds a certain appeal, a kind of bridge between two worlds. The result is one of the band’s best and most consistently rewarding albums, building on the maturity and vitality that gave muscle to 2007’s Snakes & Arrows. But that success is largely a musical one: Unlike Rush’s past forays into conceptual waters, which usually maxed out at around 20 minutes (Hemispheres and 2112 weren’t concept albums so much as concept sides), the story here wears thin over the course of a longer running time, due in part to the fact that it’s really just a series of vignettes. (When you need to read the novelization to understand what’s going on, I’d argue you’ve got some work to do. Hell, even Kilroy Was Here established who the good guys and bad guys were.) Nonetheless, the band seems energized by the whole endeavor, turning in some of their finest moments, among them the sweeping overture of the title track, the menacing stomp of “BU2B” and the existential fury of “The Anarchist.” 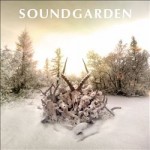 2. Soundgarden, King Animal: The last time Soundgarden released an album, 1996’s underrated Down on the Upside, no one had heard of Monica Lewinsky, Titanic had yet to make box-office history, Tupac was still alive and the Spice Girls had yet to unleash “Girl Power” on an unsuspecting populace. It’s a different world today, but you wouldn’t know it to listen to King Animal, and that’s a good thing. Soundgarden isn’t trading in nostalgia, churning out analogs to “Black Hole Sun” and “Rusty Cage”; instead, it’s building on the erratic chord progressions and sinewy charge that have been a key part of its sound since Badmotorfinger and the addition of bassist Ben Shepherd, a key songwriting contributor here. It’s a tad overlong (“Black Saturday” and “Worse Dreams” should have been saved for bonus tracks) and lead-off single “Been Away Too Long” doesn’t quite fit the rest of the flow, but those are small complaints. The magnetic swirl of “Non-State Actor,” the jagged snarl of “By Crooked Steps” and the unsettling beauty of “Bones of Birds” showcase a band whose visceral pull has only matured with age. 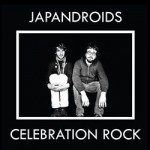 3. Japandroids, Celebration Rock: I’ll keep this one brief and to-the-point, in the spirit of this short, sharp set: Every song is a love letter to the yearning, transformative power of rock and roll.

4. Matt Boroff, Filling in the Cracks:  Full disclosure: I wrote the press release for this EP, which is less ornamental than Boroff’s 2010 solo album Reaching For Sparks and also starker and more emotionally direct than his three solid albums with his band the Mirrors, while still displaying his affection for film soundtracks and the vintage blues, jazz and vaudeville explorations of Tom Waits. Lagniappe: A guest appearance by Mark Lanegan (who duets on “Garbage Man”) makes up for that singer’s disappointing 2012 release Blues Funeral. 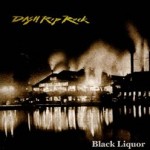 5. Dash Rip Rock, Black Liquor: This long-running Louisiana ensemble has a bit of a reputation as a party band, thanks to its legendarily energetic live shows, but Dash Rip Rock has always been more versatile and musically adept than that rep would suggest. Black Liquor provides plenty of proof (pun intended), with singer-guitarist Bill Davis and company dialing back the country-thrash “cowpunk” for a leaner approach fueled by hard rock muscle (although the rockabilly strut of “Go Ahead, Baby” hints at Davis’ abiding love of rock roots). And aside from pseudo-novelties like “Voodoo Doll” and “Beck Moi Tchew,” Davis employs a newfound lyrical and thematic depth as well (with an assist from co-writer Cheryl Wagner), as when venting a Southern Louisiana man’s frustration with ineffective levees on “Dirt.” Good stuff. 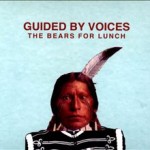 6. Guided by Voices, The Bears for Lunch: GBV guiding light Robert Pollard has always been prolific, churning out Guided by Voices albums and side and solo projects at a prodigious rate, sometimes inadvertently making an argument for quality over quantity. In 2012 he released no less than three albums with the “classic” GBV lineup known for producing such heralded ADHD indie-rock landmarks as Bee Thousand. The Bears for Lunch is the most consistent, quality-wise, of the trio, and shows that Pollard is better served having another singer and songwriter to switch things up: Tobin Sprout’s “The Corners are Glowing” and “Waving at Airplanes” are standouts.

7. Matthew Ryan, In the Dusk of Everything: Again, I admit to a certain bias: I’ve been a fervent fan of Ryan’s since his major-label debut, 1997’s May Day, and I’ve known him personally for more than a decade. I’ve always been partial to his two major-label works, especially 2000’s criminally underappreciated East Autumn Grin, and have had a harder time embracing his forays into electro-folk. In the Dusk of Everything is his best effort in several years, bringing a welcome grittiness to spare, emotionally frank compositions.

8. Santigold, Master of My Make-Believe: Honesty compels me to admit that this album’s inclusion here is largely due to my love of Santogold, the 2008 debut of singer Santi White (who since dropped the “o” in her nom du disc to an “i” to avoid confusion with the professional wrestler Santo Gold). While Master of My Make-Believe isn’t the breakthrough its predecessor was, there are some moments that compare favorably, most of them coming in the album’s first half. 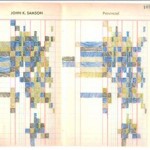 9. John K. Samson, Provincial: Samson, frontman for Canadian rockers the Weakerthans, displays his usual keen lyricism on this solo debut, although the more sparse, pastoral backdrops can dilute some of the impact his brainy ruminations have when placed against a more conventional rock arrangement.

10. Richard Hawley, Standing at the Sky’s Edge: There’s a sense of sweeping, majestic urgency at work on this album that separates it from the British singer-songwriter’s earlier works. Hawley cuts loose here with a collection of moody, layered soundscapes, both cacophonous and psychedelic in their swirl. The result is quite literally hypnotic, drawing the listener into a meticulously crafted world of guitars, echoes and other effects, grounded by his gentleman’s baritone. Lovely stuff.