“THAT’S for not returning my emails!”

You wouldn’t know it to look at me, but I’m a violent guy.

First of all, I’m a consumer of violence. I’m drawn to thrilling crime fiction, in which sex is used as a weapon and bullets pierce the night like lightning bugs.

I geek out on superhero comics, with grim-faced vigilantes and haughty superegos in bright primary colors dispensing justice while acting outside the law.

I rarely miss an action movie: The first Lethal Weapon is encoded on my DNA, and John McClane’s “Yippie Ki-Yay, Motherfucker” might as well be tattooed across my chest. 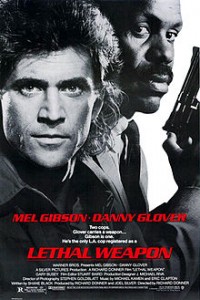 Encoded in my DNA. (Translation: I used to have this hair.)

And while I enjoy hip-hop, especially gangsta rap, I respond most viscerally to rock and roll: the loud guitars, stampeding drums and primeval howling, pounding out the soundtrack to our lustful desires. And I get an adrenaline charge from band names that scream of rebellion and conflict: The Clash. Rage Against the Machine. The Stranglers. Alice in Chains. The Violent Femmes. Megadeth. Even the Drive-By Truckers.

And last weekend, like many of you, I watched the Super Bowl, experiencing a rush as modern-day gladiators smashed into one another with the impact of a car crash—even though I didn’t have a dog in the fight. (Note how I even use violent imagery to describe a lack of emotional investment.)

As a journalist, and as a storyteller, I’m also drawn to conflict. And for me, the most fascinating theme is man’s endless capacity for cruelty toward his fellow man—whether it’s the evil that men do in the name of love, money or power, or the more mundane brutality of arrogance, condescension and thoughtlessness.

Unfortunately, it’s that latter variety that I just can’t leave behind at the end of the day. It’s an obsession that follows me everywhere, like a junkyard dog spoiling for a fight. It’s the never-ending story projected onto the high-definition flat-screen of my subconscious, the parasite that swims like a shark in my bloodstream, determined and relentless. 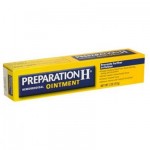 Sorry. I just had to.

I’m constantly parsing the words of others for the smallest hint of insult. My sensitive antennae can extrapolate a challenge in the most innocent act: the guy who does two sets on the weight machine at the gym; the car that passes on the right instead of the left; the woman who blocks the supermarket aisle as she studies the endless array of hemorrhoid creams.

Trouble is, this beast is no longer content to gorge on the slights that hide behind everyday actions. It’s never satisfied, ever on the lookout for insensitivity or a lack of consideration. Lately, it’s taken to anticipating offenses before they even occur: scrutinizing other movie-theater patrons, just waiting for one of them to whip out a cell phone during the feature presentation.

Not long ago, I reached out to a fellow writer here in Atlanta to set up an interview for an article I was writing. When I didn’t hear back from him, instead of chalking up his silence to a busy schedule or perhaps an overly aggressive spam filter, I naturally read it as nothing less than a total rejection of me as a human being.

A couple of weeks ago, I saw some pictures of him on Facebook. In the pictures, it’s his birthday, and he’s having a good old time. And in one of them, a young, willowy blonde, clearly his girlfriend, is sitting in his lap. Immediately, I was filled with outrage that he should have a girlfriend at all—that anyone should love him or like him or celebrate another year of his existence. Didn’t they know what a dick he was? That he had not answered my emails? 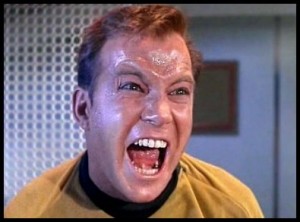 Seriously, is this the face of a well-adjusted man?

What I can say is that this eternal vigilance, this state of perpetual alert, is a self-fulfilling prophecy, a witch hunt that finds evidence of the darkest sorcery under every rock. It’s an unending campaign of violence against myself, and it’s wearing me out. It’s time I started fighting back against this enemy within, and channeling some of this fury where it belongs.

The costume is almost finished. I’m having some trouble with the chest emblem; I need just the right image to strike fear into the hearts of evildoers.

And then … you miscreants who talk too loud in restaurants, who enter through the door clearly marked “exit,” who try to sneak 11 items into the 10-items-or-less checkout aisle … well, you’d best beware, lest you find yourself falling victim to the furious fisticuffs and blazing assault weapons of Mister Manners—avenger of the affronted!

Until then … have a nice day.

This piece was written for Write Club Atlanta‘s open-mic offshoot Naked City, and performed there on Monday, Feb. 4, 2013.