Now Playing: Too Much Joy 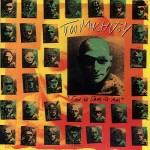 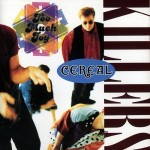 Welcome to Now Playing, in which I will occasionally share what’s going through my head or stubbornly dominating my iPod. I wanted to call it Radio KFM, the lone radio station on the Island of Kevin Moreau, but it turns out there’s at least one real station out there with those call letters. Phooey. Well, let’s press on.

The first time I heard Too Much Joy, it was as if some stoned junior mad scientist in a dorm room somewhere had genetically engineered a band to speak expressly to me.

I was in my early twenties, and still struggling with the disappointing realization that the things that plagued me throughout adolescence didn’t magically disappear once I put high school in my rearview mirror. Cliques, bullies, the expectations of others, the demands of an apparently clueless authority structure that wasn’t fazed by my towering intellect, the painfully complex minefields of young romance—all of those things seemed not only to persist into college and the working world, but to mutate into a more aggressive strain that showed no signs of ever dying.

And so it was that at 21 and 22 I felt exactly the same as I had as a teenager, only more so: a walking contradiction of alienation and an intense yearning to fit in. I wielded a wicked sarcastic streak like a sword, and wore an air of above-it-all boredom as a suit of armor—a quiet, unrecognized superiority that masked a hopeless romanticism and an unshakeable belief that somehow, this roiling turmoil could be harnessed into something beautiful and world-changing.

And that’s exactly what Too Much Joy did. I don’t remember under what circumstances I first heard Son of Sam I Am, but I know that once I stopped laughing at the novelty of “Making Fun of Bums,” the self-congratulatory cleverness of “My Past Lives” and the bratty cover of LL Cool J’s “That’s a Lie,” something was different. Somewhere deep in my electrical impulses, something seemed to click into place. I had found fellow travelers.

It wasn’t the first or last time a band had resonated with me on such a personal level; the Replacements and the Smiths had both left an imprint a couple of years before. But TMJ shot all its adrenaline, anger and wit through a prism of exuberant catharsis that reflected not only what I felt, but exactly how I felt it. Singer Tim Quirk’s lyrics to “Kicking (That Gone Fishing Song),” which uses cancer as a metaphor for turning 23 and standing at the threshold of identity and the future, felt as if they were stripped from my DNA: “I feel my body burn, I’ve got a lot to learn/ I have lost my pride, I am dissatisfied/ Everything tastes sour, I have no power/ I cannot sing, I hate everything.”

But it was the next album, 1991’s Cereal Killers, that confirmed my suspicions (yeah, this was for real) and cemented my bond with the band. It’s a fuller, more restrained and even (dare I say it?) mature record. The songs are more focused, the playing more accomplished—whereas Son of Sam and its indie predecessor Green Eggs and Crack sounded like the result of four wise guys banging around in the garage, Cereal Killers proved they knew how to compose a tight and engaging song, and furthermore that they could really play their instruments (although the production sounds just as dated in parts as Son of Sam).

When I discuss Cereal Killers with other fans, “Crush Story” inevitably comes up first—and it’s a great pop song, with lyrics both humorous and touching (“Everything you’ve ever said is brilliant/ Anything you wanna do is fine with me/ This is much better than love”). But it’s just part of a five-song stretch that occupies a place in my eternal heavy rotation, along with “William Holden Caulfield,” which comes as close to my personal anthem as any song is likely to get (“I don’t wanna grow up, ’cause I don’t wanna die/ When I’m thirty-one/ Keep living on/ For fifty more years”); “Pirate” (“The pirate in me is lost/ somewhere at sea”); “King of Beers” (“Why am I such an asshole?/ Why am I here alone?”); and “Nothing on My Mind.”  And then there’s “Long Haired Guys From England” and “Theme Song,” expressly self-referential songs about being in Too Much Joy that still manage to strike universal chords of jealousy and brotherhood.

All of Too Much Joy’s catalog is worth checking out, although nothing else they did ever matched the one-two punch of Son of Sam I Am and Cereal Killers. (Strangely enough, the only thing that comes close for me is 1999’s Gods and Sods, an odds-and-ends collection of rarities, B-sides and unreleased tracks.)

Green Eggs and Crack shows the band as a work in progress, while 1992’s Mutiny tips the balance a little too far in favor of punk-rock anger, losing a lot of the relatable humor. And 1996’s Finally goes even further in that direction—it sounds at times like a completely different band, in large part due to the defection of bassist Sandy Smallens, whose impassioned backing vocals were a huge component of the band’s musical chemistry; replacement William Wittman (who tellingly produced Mutiny) sounds like he’s auditioning for an English punk band from the ’70s or early ’80s, instead of a somewhat “alternative” punky pop-rock ’90s band. (Oddly enough, his production and/or engineering credits also include Air Supply, the Hooters, Joan Osborne, the Outfield, the Chieftains and Shawn Colvin, and his website bio says he currently serves as bass player and musical director for Cyndi Lauper, although I have no idea of knowing how up-to-date it is).

Each of those albums have great moments, though.

Too Much Joy has never gotten the attention or respect they deserved; Pitchfork referred to Cereal Killers, which it listed near the absolute bottom of a list of the 100 or 1,000 or however many best albums of the ’90s, as “cheesy” (one of the reasons I don’t pay any attention to Pitchfork). All I know is that whenever I slap in Killers or Son of Sam, I instantly feel 23 again, ready to take on the world with four kindred spirits at my back.

I saw them live twice, back in the heyday of those two albums, and I missed a chance to catch a reunion show in New York in 2007; if I’d known about it, I might very well have flown up to see it. Luckily, sometime back they jump-started the band’s website, with occasional posts by Tim and Sandy about moments in their history, links to videos and other fun stuff. It’s been a pleasant surprise to find that Tim Quirk is as good a writer as he was a lyricist; he can take a long treatise on why a paltry royalty statement he received is emblematic of everything that’s soul-crushing about the music industry and make you care. Anyway, you should check ’em out.

Tweet
This entry was posted in Now Playing. Bookmark the permalink.

2 Responses to Now Playing: Too Much Joy