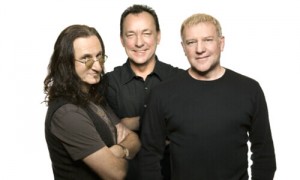 What are these guys smiling about?

So Dec. 21, 2012—the date the Mayans supposedly singled out as the end of the world—has come and gone. But here in the scary, post-Mayan Calendar landscape of 2013, we face no shortage of troubling signs about the future: North Korea’s recent rocket launch, more strife in the Middle East, the coming Antichrist and that whole Honey Boo Boo thing. But true tribulation and suffering rarely come from expected corners; they sneak up on us from the cover of those places we’re not watching. It’s the quieter, more mundane omens that are the most troublesome: “This is the way the world ends,” as T.S. Eliot intoned; “Not with a bang but a whimper.”

5. Bobby Petrino Gets Another Gig

At first glance, the casual observer would look at Petrino, the former Arkansas head coach whose affair with a subordinate and subsequent scandal cost him his job, and say: “Everyone deserves a second chance.” That’s certainly the position taken by Todd Stewart, athletic director of Western Kentucky, who hired Petrino to lead the university’s football program last month. “This is the United States of America,” Stewart told reporters, “and we’re a country of second chances.”

That’s true. Trouble is, by any competent reckoning, this is a man whose resume is an overstuffed exhibit of odorous and unethical behavior. Despite obvious warning signs, he’s been given second chance after second chance by employers more concerned about winning football games than with character or integrity.

While a coach at Louisville, Petrino met secretly with Auburn officials about taking over their team, even though Auburn had made no decision about retaining their current coach, Tommy Tuberville—who happened to be Petrino’s mentor. He left Louisville for the Atlanta Falcons less than a year after signing a 10-year contract extension, only to bolt on the Birds for Arkansas 13 games into the season, blindsiding his coaching staff, leaving copies of a goodbye note on players’ lockers and embarrassing owner Arthur Blank, whom Petrino had assured he was staying around just the day before.

And then of course, there’s the whole sordid mess that cost him his job at Arkansas: Giving his mistress a university job for which she wasn’t qualified (as well as $20,000 in cash) and trying to hide the fact that she was his passenger during a severe motorcycle accident, even going so far as to lie to his superiors about it.

Now, I’m not going as far as Jeff Pearlman, who has called Petrino “slime.” For all I know, this whole incident has really opened his eyes and made him a changed man. If so, that’s great. And yes, he deserves a second chance at life and happiness. Just not necessarily a second chance to become a wealthy football coach whose job description includes molding impressionable young athletes into men.

4. Rihanna and her batterer may be back together

Now, if a successful pop star decides that her ex-boyfriend is worth another shot, I suppose it’s really no one else’s business. Even if that ex-boyfriend is the same one who famously battered her almost four years ago, causing her to be hospitalized with bruises on her face.

That said, it’s really, really difficult to just shrug our collective shoulders, wish the happy couple well and move on. Maybe it’s because in the intervening years, Brown has done little to convince the public of his contrition. I think most of us would feel a bit more charitable toward Brown if he appeared at all repentant. But rage-filled temper tantrums and combative Tweets to his “haters” paint a picture of a young man who hasn’t matured or learned from his mistakes, who in fact still seems prone to violent behavior. That should be a giant, blazing red flag for anyone considering a relationship with Brown—although sadly, it instead seems to be a massive turn-on for these shining paragons of judgment. (Their parents must be so proud.)

Coming on the heels of recent news that a California Superior Court judge declared that a woman didn’t put up enough of a fight while being raped, the rekindling of this romance between two young, wealthy performers is cause for concern for victims of domestic abuse. As the most famous poster boy for man-on-woman violence since Ike Turner or O.J. Simpson, Brown should serve as a cautionary tale to other would-be batterers. Instead, his reconciliation with Rihanna suggests to young, impressionable males everywhere that if you lose it and beat the crap out of your significant other in a moment of passion, well, there’s a decent chance you’ll get away with it. (This also can’t be welcome news for women who’ve recently dumped a guy: I’ve got $100 that says we’ll hear an increase in heartbroken cries along the lines of “Rihanna took Chris Brown back after he beat the shit out of her, and you still won’t get back together with me??!!!”)

Here’s hoping the world never has occasion to shake its head and mutter “I told you so” where Rihanna’s concerned.

3. Hugh Hefner, Kate Winslet tie the knot (but not with each other, thank goodness)

While we’re on the subject of celebrity couplings, chew on this: 86-year-old soft-porn magnate Hugh Hefner just married a former Playboy playmate 60 years his junior. It’d be tempting to look upon this head-scratching episode as just another instance of the Playboy empire exploiting confused young women, except that over the last decade, it’s become increasingly apparent that Hef’s “relationships” are either a) part of a lame effort to keep the magazine in the public consciousness via the extraordinarily contrived Girls Next Door reality series, b) an attempt at “keeping up appearances” by an octogenarian whose public image as an epitome of classy male virility was never that convincing to begin with, or, most likely, c) both.

Sad as the whole spectacle is, much sadder is the news that Kate Winslet is once again off the market. And as if that news weren’t bitter enough, it comes with an added dollop of “You’ve got to be effing kidding me” and a scoop of “Why do you hate me?”: her new husband is a gazillionaire relative of Richard Branson who goes by the regrettable name of Ned Rocknroll.

It would appear that more people paid to see Madonna live in 2012 than paid to see Bruce Springsteen, Lady Gaga or anyone else. Granted, I found Madonna’s Super Bowl halftime performance more entertaining than expected (put another way: I was able to sit through it), but putting on a decent show during the bathroom-break segment of one of the most-watched events ever televised doesn’t explain how an artist who hasn’t been musically relevant since at least the mid-1990s was able to make more money last year than any other big-name touring act. Seriously, how do you explain such a thing? It’s like coming face-to-face with Cthulhu—I simply cannot wrap my head around such a concept.

1. Rush to be inducted into the Rock and Roll Hall of Fame

Pigs have taken flight. The damned are ice-skating in Hell. The Canadian progressive-rock trio Rush (about whom I’ve written before) are in the Rock and Roll Hall of Fame. Well, almost. They’ll be inducted into the 2013 class, along with Donna Summer, Heart, Randy Newman, Albert King and Public Enemy.

News of the band’s acceptance into the Hall of Fame sparked a predictable eruption of ecstatic tweets, posts and exclamations from diehard fans, who’ve long seen the band’s dismissal by the Hall (as well as much of the rock-critic establishment and, to their eyes, society as a whole) as an injustice somewhere between Nelson Mandela’s long imprisonment and the seasonal availability of the McRib. I’ve never lost any sleep over the band’s snubbing by the Hall (it’s a private entity and entitled to its own criteria as to membership), and in fact I’d long ago come not only to accept it but to embrace it. Rush’s status as a dark horse, reviled and rejected by the mainstream, was to me a sign that the universe was still adhering to natural laws. All was as it should be.

Because the dirty little not-so-secret truth about Rush fans is that their appreciation for the band and its music is enhanced by its outsider status. Sure, you may be drawn in by the squirrelly time signatures, the intricate instrumental interplay, the Herculean musicianship and the crunchy guitar chords, but you stay for the lyrical shout-outs to outcasts and misfits, the themes of self-determination and thinking for yourself. Which is to say: Rush’s appeal is most keenly felt by outsiders, by the misunderstood, the loners and thinkers—the kids who get picked on in the schoolyard, or are shunned for being not just different but smart and sensitive. It’s not a stretch to say that Rush fans have taken the band’s lack of acknowledgment—as personified by the Rock and Roll Hall of Fame—personally, because to discount the band is to continue to discount them. And by extension, the band’s acceptance into the pantheon of rock royalty (however arbitrary) amounts to an acceptance of the fans themselves. Love Rush, love me.

But it’s gotten harder and harder to nurse that grudge against the band’s detractors in recent years, as Rush has produced some of the most vibrant and vital music of its long career. 2007’s Snakes and Arrows was musically expansive and yet disarmingly accessible, and 2012’s concept album Clockwork Angels is even more adventurous, and serves as a high-water mark. The trio’s mainstream profile has been raised recently as well, thanks to an appearance on The Colbert Report and in the movie I Love You, Man, as well as the engaging 2010 documentary Beyond the Lighted Stage. In fact, one can look at Rush’s Hall of Fame induction either as the icing on the cake of mainstream recognition, or as a particularly sweet instance of bandwagon-jumping.

Either way, it’s a nice honor for a band facing the tail end of its career. Drummer Neil Peart is 60, and guitarist Alex Lifeson and bassist/singer Geddy Lee aren’t far behind. The Atlanta stop on the current Clockwork Angels Tour showed Lee, in particular, feeling the strain of advancing years and a heavy touring schedule, and it’s not a stretch to imagine the band curtailing its ambitious road work significantly—possibly with a final farewell jaunt, affording the faithful one last opportunity to put aside the alienation and get on with the fascination, to catch the mystery and catch the drift.

In the meantime, on April 13 in Los Angeles, Rush will officially join Elvis Presley, Smokey Robinson, the Beatles, Bob Dylan, the Rolling Stones, Johnny Cash, Van Morrison, the Eagles, Billy Joel, Bruce Springsteen, Alice Cooper and Neil Diamond in the Rock and Roll Hall of Fame. And if that’s not a sign of the end times, what is?