Before I turned 40 I’d already marked the passing of childhood friends who died too young, and felt the sharp pang of regret that I didn’t do enough to stay in touch while they were still alive. I decided I didn’t want that to happen with Tony*.

Tony was one of my best friends in high school. When his parents kicked him out of the house, which was often, I let him sleep on my bedroom floor without telling my parents. When I lost my virginity to a woman 12 years my senior, it was Tony who helped engineer the whole thing, borrowed my car to take all of our friends home from the party at her house, and slept in my car in her driveway the next morning.

I moved to Atlanta 11 years ago, and we haven’t been really close for far longer than that. Word is Tony’s been having a hard time of late. Friends who have seen him describe a stranger: aggressive, divorced, struggling with substance abuse.

So on my trips home to New Orleans, I’ve made a point of seeking him out. I asked friends for updates. I took trips down to Jackson Square, where he used to make a living painting portraits of tourists, asking the other artists if they’d seen him.

Last weekend, I heard from a friend who finally ran into him at a comic book convention.

Tony told him that he’s been purposely avoiding his friends to stay off the government’s radar, and gave the impression he has no interest in reconnecting with anyone from his past. He pays cash for everything to avoid a paper trail. He never checks his email, and if he’d known a friend of his was going to be at the convention, he probably wouldn’t have gone (but, you know, no offense). 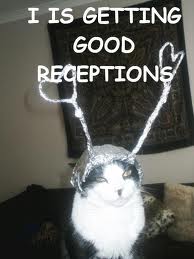 I found myself taking this news personally. I know it’s not my fault my friend is living off the grid and is probably fashioning tinfoil hats to keep from falling prey to NASA’s mind-control lasers. Friendship is a two-way street, and Tony has made no more effort to keep in touch with me than I’ve made to keep in touch with him.

The important thing, I remind myself, is that I’ve made the effort—or tried to. Regardless, I’m left feeling profoundly sad, as if I’m somehow culpable.

And that makes me think of others I may have hurt through my own inaction.

Mandy transferred to my high school sometime during junior year. Like many of my friends in Speech and Debate, she was different from the other kids, and found kindred spirits in our group of self-proclaimed outcasts.

For whatever reason, she developed a crush on me. I told her I was pining for someone else, which wasn’t really true, and I began avoiding her. Looking back on it now, I felt her need, her yearning for acceptance and approval and affection, like a lead yoke on my shoulders. The commitment, the responsibility felt like too much.

Unfortunately, Mandy was more troubled than any of us knew. She ran away from home not too long after that, and none of us ever saw her again.

I’m not vain enough to think that it was my lack of interest that sent Mandy packing, but I do wonder if I could have done something to prevent it. If I could have been nicer, if I could have listened and talked more. And hell, maybe I could have given it a shot. Two lonely souls finding solace in one another amidst the hell of high school—would that really have been so bad? 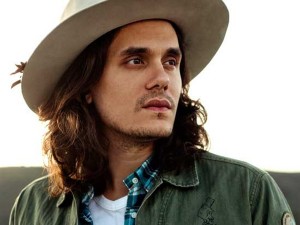 It’s not as if I was drowning in female attention. I kissed fewer girls in four years of high school than John Mayer does during lunch. In fact, it wasn’t until years later that I learned about the girls who liked me—in the you know, liked me sense—but whose affections I’d never had a clue about. You want to talk about regret? The experiences you missed out on because you were afraid are one thing. The makeout sessions you never had because you were too fucking obtuse to know when you were being flirted with—those are the ones that really sting.

Foremost among these was Becky, a tall, milk-skinned brunette who looked like a cheerleader. The very first time I saw her, I shed a tear, while an imp cracked open my chest and punched the words DON’T EVEN THINK ABOUT IT into my heart with a staple gun.

Becky would visit my Speech and Debate class during lunch with her friend Michelle, who would often make disparaging remarks about my appearance while Becky turned a gorgeous shade of pink and said nothing. It was only years later that my friends informed me that this was a kind of fucked up Cyrano de Bergerac scenario.

Upon learning this, well into my twenties, I cried for a week and a half.

Becky had moved on by the time I met Vicky. Vicky’s skin was even paler than Becky’s, she had more curves than the Mississippi River, and she was a redhead (my kryptonite). On top of that, she had a kind of slurry laugh that suggested either slight mental retardation or the recent consumption of alcohol. Or both.

And oh, man, her eyes. Vicki’s eyes danced with mischief. It was a gaze that took your measure and issued an invitation, that hinted at something darker, like Lauren Bacall’s come-on to Humphrey Bogart in To Have and Have Not: “You know how to whistle, don’t you, Kevin? You just put your lips together and … blow.”

Side note: I regret that I never learned to whistle.

It was Tony who told me, years later, that Vicky had harbored a serious crush on me.

*Some names have been changed to protect the innocent.

Tweet
This entry was posted in Essays, Young Love. Bookmark the permalink.