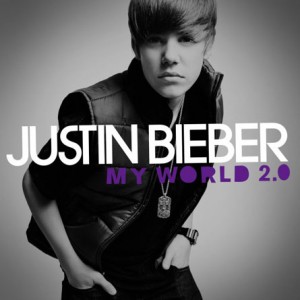 The Internet monolith has folded together some 60 privacy policies across its various holdings—including YouTube, Blogger, Gmail and, of course, the 800-lb. gorilla of all search engines. This will allow the company to collate the information it collects about the users of its products, and use that data to more effectively convince us all to make impulsive purchases, watch more productivity-killing videos of kittens making out with penguins and, most chillingly, use Google Docs. Apparently, it will also start sharing our porn searches with everyone in our contacts lists, and implant microbe-sized GPS devices beneath our skin so that the black helicopters can find us and spirit us away to indoctrination camps. However, in a classic case of what journalists call “burying the lede,” we’re missing the real story here: Apparently, people actually use Blogger.

4. Davy Jones takes over the Internet

Former Monkees singer Davy Jones died yesterday of a heart attack at the age of 66. And while every man’s death diminishes us all, the overwhelming reaction to his passing on the Internet suggests that our sense of perspective has shuffled off this mortal coil, as well. At least, that seems to be the case judging by your humble correspondent’s Twitter and Facebook feeds, where the outpouring of grief and nostalgia threatened to reach levels not seen since Whitney Houston’s passing earlier in the month. While this writer wasn’t a huge fan of the Monkees, he recognizes that Jones brought joy into the lives of millions and will be missed. Meanwhile, people are dying in Syria, our education system seems irreparably broken, and there appears to be a movement afoot to send women back into the kitchen, barefoot and pregnant (see below). Just sayin’.

2. The War on Women heats up

You probably haven’t been listening to The Rush Limbaugh Show, seeing as you’re currently reading this and therefore are a person of impeccable taste, intelligence and breeding. So it’s our sad duty to inform you that the talk-radio host has thrown a lit packet of matches into the gasoline-soaked powder keg that is the current debate over reproduction—something you’d be forgiven for thinking was settled decades ago. After Georgetown law student Sandra Fluke bemoaned the school’s policy of not covering birth control as part of its health insurance plan, Limbaugh took to the airwaves to purr in his usual calm, soothing tones that Fluke is demanding to be paid for sex, which therefore makes her a “slut” and a “prostitute.” This after a contributor to Rick Santorum’s campaign made a delightful jape a few weeks back to the effect that women should go back to the time-honored tradition of practicing birth control by keeping their knees locked tight. The far-right Anger-Industrial Complex, not content with whipping up a phony War on Christmas, has apparently decided to launch a War on Women.

Just when it looked as if Bieber Fever had abated, the mop-topped urchin whose ubiquitous smirk is as inescapable as Big Brother returns to torment us anew. Today marks the Young Master’s passage into manhood, a milestone that was observed with just the right amount of decorum: His Lordship was presented with a new car during an episode of Ellen DeGeneres’ talk show. But that’s not all: The Savior took the opportunity to announce a new single to be released later this month. The song, “Boyfriend,” is no doubt but the first salvo in a new campaign to make millions by exploiting the poor taste and judgment of teenage girls. (For those who think we’re being a tad harsh, we regretfully present Exhibit A.)

Now go out and enjoy today like it was your last. Because it just may be.

Tweet
This entry was posted in Just Sayin', Music, Television, The End of the World. Bookmark the permalink.