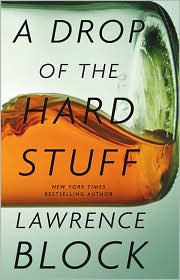 Following in the footsteps of President Obama, I’ve decided to release my own summer reading list. Or at least, the cream of the crop; I won’t bore you with the whole roster.

“The Given Day,” Dennis Lehane: I was kind of miffed with Lehane when this came out, and so I didn’t buy it. I’ve since gotten over whatever ridiculous reason I had for boycotting him, and picked this up for a dollar at a roadside fruit stand in the mountains of North Carolina over the Fourth of July weekend. At more than 700 pages, that’s amounted to quite a bargain! This is an absorbing, sprawling epic about blue-collar cops, insurrectionists, love, murder and Babe Ruth in post-WWI Boston. It sucked me in and held my attention to the very last page.

“Sex at Dawn: How We Mate, Why We Stray, and What It Means for Modern Relationships,” Christopher Ryan, Cacilda Jetha: A meticulously researched, cleverly written, fascinating look at sexual and mating customs, especially as it pertains to “pair-bonding,” i.e., the one-man/one-woman model of mating for life.

“A Drop of the Hard Stuff,” Lawrence Block: After Block expressed doubts about ever writing another full-length novel in the pages of Newsweek a couple of years back, I was pleasantly surprised to learn of a new Matthew Scudder novel. Scudder’s a thoughtful, relatable take on the hard-boiled P.I., and many of his adventures rank among my all-time favorite mystery/thrillers. (Block’s Scudder novels are worth seeking out for their gritty, pulpy titles alone: A Time to Murder and Create, When the Sacred Ginmill Closes, A Walk Among the Tombstones, A Ticket to the Boneyard, A Long Line of Dead Men, Eight Million Ways to Die–the latter was made into a movie with Jeff Bridges and Rosanna Arquette). This entry, which takes place earlier in Scudder’s timeline, is kind of slow-moving, but as comfortable as an old fedora–until things start getting real.

“A Game of Thrones,” George R.R. Martin: I wish I’d read this years ago, back when it was first recommended by a friend. Having enjoyed the HBO series so much, it’s hard to enjoy this as its own work. Many of the characters and settings are already set in my head, and knowing much of what’s coming keeps me at a bit of a remove, which makes it hard to appreciate the writing. Still, I recommend it, especially if you haven’t seen the superlative HBO version yet.

“God: A Biography,” Jack Miles: Haven’t finished this yet, but so far it’s an intriguing attempt to look at God as a flawed, ambiguous, contradictory character: “the protagonist of the world’s greatest book,” as the jacket copy says.