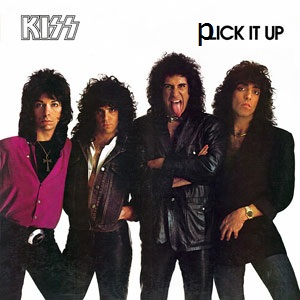 We’ve all grossly mangled song lyrics, right? Of course we have. My friend Patrick spent years believing ELO’s “Evil Woman” was actually called “He Is A Woman,”while my mother-in-law went the other way, translating Aerosmith’s “Dude (Looks Like A Lady)” as “Do the Funky Lady.”

My mother-in-law seems to receive naughty instructions via song lyrics more often than most. She also famously interpreted the chorus to EU’s catchy ’80s dance number “Da Butt” not as “Doin’ da butt,” which is questionable enough, but as the rather frank directive “Do it in the butt,” causing my wife to shriek when she heard her mom singing those words aloud. Spike Lee, who introduced us all to the song in his sophomore effort School Daze, has a lot to answer for at my in-laws’ house.

It’s not news that the funniest misinterpretations come when we inadvertently assign sexually explicit (or at least highly suggestive) meanings to songs that are actually quite innocent (except, perhaps, in the case of “Da Butt”). But my own most embarrassing incident involving misconstrued lyrics took the exact opposite approach.

As you may already know, I grew up with a fondness for the rock band KISS that bordered on zealotry. I vociferously defended them to my friends who dismissed them as a gimmick, as musically deficient or simply as “cock rock.” I spent many an hour arguing the merits of Destroyer, Hotter Than Hell and Alive II during study hall and debate class, which probably explains why I never did very well at debate tournaments.

I proselytized for Gene, Paul, Peter and Ace at every opportunity, preaching their superiority over my friends’ less-refined favorites like the Police, Styx and simpering, poofy-haired ’80s singer Howard Jones. (History, you’ll have to agree, has vindicated me on that last front.) KISS could do no wrong in my eyes, even after their ill-advised concept album (Music From) The Elder, which I boldly championed as a daring rock opera on a par with Tommy and The Wall. (Alas, history hasn’t been as kind there.)

Naturally, I was glued to my television the night the band unmasked on MTV and debuted the video for the title track from their new, makeup-free album. I dug the aggressive new hard-rock direction, which built on the anthemic ambitions of Creatures of the Night and represented a naked bid for acceptance from (and relevance in) the heavy metal community. I wasn’t even all that worried about Ace Frehley’s departure from the group; this new Vinnie Vincent character sounded like the shot in the arm KISS needed to compete with the likes of the Scorpions, Van Halen and Ratt. (Okay, so my priorities weren’t exactly in order. What do you want? I was a teenage metalhead.)

Apparently, I liked everything about this KISS reboot—except the name of their new album. Somehow, my subconscious mind blocked it out of my head, despite the fact that the band (and MTV host J.J. Jackson) pronounced it numerous times, and the credits for that world-premiere video spelled it out plain as day. (Of course, I could have set the record straight, so to speak, by walking into the local record store and buying the album for myself, but my subconscious was putting that off as long as possible.)

This little bit of self-brainwashing led to a schoolyard exchange two days later that has entered the Valhalla of Ridiculous Statements Made By Me and My Friends.

LARRY: Jon [Larry’s metalhead brother] bought Lick It Up yesterday and listened to it like, five times. He says it rocks.

ME (bored): That’s nice. What’s that, the new Armored Saint album or something?

LARRY (incredulous): Dude, Lick It Up. You know, KISS!

ME (scoffing): No way. It’s Pick It Up. Pick It Up. No one would name an album Lick It Up. That’s just stupid.

TEDD: Yeah, because Pick It Up is so much better. What does that even mean?

ME (faltering): You know. You gotta live your life. It’s laying there waiting for you. All you gotta do is … pick it up.

[BLANK STARES AND THE SOUND OF CRICKETS]

The next day, Larry handed me a Memorex cassette recording he’d made off his brother’s vinyl album. And not on a super-duper high-tech stereo system, either. He played his brother’s Lick It Up album on a turntable and recorded it on a boombox on the other side of their shared bedroom, picking up stray street sounds and the occasional meowing of the family cat, Booper. This allowed Larry to insert his own commentary in between (and frequently over) the songs … especially when it came to the track in question:

Yes, Larry really talked like that. He could have had a hell of a career as a disc jockey.

My friend’s taunts were bad enough, but the truth was even worse. Cruddy as the sound quality was, there was no mistaking that Judas consonant at the beginning of that critical phrase. Larry was right: Paul Stanley wasn’t exhorting me to pick anything up. He was, in fact, using the dreaded L-word.

Granted, subtlety was never KISS’s strong suit. In fact, that was a large part of their charm. In their heyday, Paul Stanley and Gene Simmons delighted in writing straightforward songs about groupies (“Room Service,” “Love ’Em and Leave ’Em”), restroom trysts (“Ladies Room”) and even, oddly enough, their lack of stamina (at least, I can only speculate that that’s what “Mr. Speed” is about). Two of the best songs from their classic mid-’70s period are simply titled “I Want You” (not a cover of the Bob Dylan track) and “Makin’ Love.” When the late, lamented New Orleans thrash-folk trio the House Levelers wrote a song called “Let’s Fuck” years later, I was stunned that KISS hadn’t beaten them to the punch. Direct and to the point, that was Paul and Gene.

Except evidently, they decided they weren’t being direct enough. “Lick It Up” marked, for me, the beginning of the end. (I clearly just wasn’t paying attention, or I’d have realized that beginning actually came a year earlier with “Keep Me Comin’” off Creatures of the Night. Yeah, I was pretty slow on the uptake back then.) KISS spent much of the ’80s determined to outdo themselves with a steadily worsening string of double-and single-entendres such as “Uh! All Night,” “Let’s Put the X in Sex” and “(You Make Me) Rock Hard.” Yes, that song actually exists.

I’ve accepted the mocking and finger-pointing that ensue whenever the subject of my semi-intentional misinterpretation of “Lick It Up” arises among my friends. But KISS can still make things right. It’s not too late to reissue that 1983 album with the title it should have carried all along, complete with a video that shows Paul and Gene and current costume-wearing ringers Tommy Thayer and Eric Singer strolling through the same vaguely post-apocalyptic landscape featured in the original clip.

Except this time, we see fishnet-stockinged hair-band groupies and studded-leather-wearing Road Warrior rejects carelessly throwing their empty fast-food containers and 40-ounce bottles of Mad Dog 20/20 onto the ground—and laughing about it! But then our heroes show up, carrying boxes of Hefty garbage bags and shaking their fingers at these leering litterbugs. As Gene, in full demon makeup, scares these trash-tossing miscreants straight, Paul pouts right at the camera and delivers this refuse-retrieving rebuke:

C’mon, be honest—that would be awesome. Still, I have to admit it wouldn’t erase the sting of my friend Larry’s cackling on that cheap-ass Memorex tape, those words that will haunt me on my deathbed: “That’s right, smooth! LICK it up! Whoooooo!”

3 Responses to The L-word