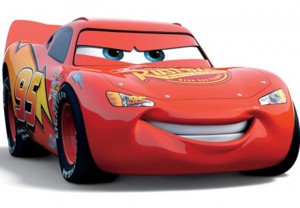 So Rise of the Planet of the Apes did pretty well this weekend, nabbing the No. 1 slot at the box office and raking in an estimated $54 million as of this writing. I haven’t seen it yet, but I probably will, if only for the thrill of validating my long-held belief that James Franco is intent on bringing about the fall of humankind.

The movie, as you’ve no doubt heard, isn’t a prequel to the existing Apes movies so much as a reboot intended to kick off a whole new franchise. This trend has gained a lot of traction over the last decade and a half, with such obvious successes as Batman Begins, Star Trek and even The Karate Kid; notable upcoming examples include The Amazing Spider-Man, Man of Steel and, coming later this month, Conan the Barbarian.  Battlestar Galactica and Buffy the Vampire Slayer are the most obvious TV versions, followed more recently by Hawaii Five-0, Nikita (the second TV series launched from La Femme Nikita) and, coming in September, Charlie’s Angels (shudder).

Anyway, Rise’s rapid ascent got me to thinking about other entertainment properties that could use a similar kick in the pants. Who wouldn’t love to see a Casino Royale take on Austin Powers’ humble beginnings? A Pirates of the Caribbean that shows us how Jack Sparrow came to be, filled with sweeping vistas of the high seas and undead buccaneers straight out of 28 Days Later? An adrenalized Back to the Future that adds a dash of Matrix-style choreography, sleek Fast and Furious car chases and a trippy, twisty Inception flavor to Marty McFly’s Oedipal time-travel hijinks?

But there’s only one series I can think of that cries out for—nay, demands—an origin story a la Rise of the Planet of the Apes. One that answers the sickening question “How did this nightmare world come to pass?” while drawing on the chilling, Terminator-esque implications of the previous movies’ mythology. One that employs state-of-the-art Transformers CGI to kick the franchise into fifth gear. Here’s how I’d reset the odometer on the most troubling movie series ever devised … Pixar’s Cars.

Ladies and gentlemen, I present to you: RISE OF THE CARS.

Billionaire Hoyt Wheeler (Harrison Ford), owner of Hoyt Wheels Racing, hires hotshot young scientist Ernest Goodwin (Jake Gyllenhaal) to develop a race car with an artificial intelligence to give his team an edge in the NASCAR Sprint Cup series. Goodwin soon develops a prototype he christens OTTO (short for Otto Maton, a play on both “automaton” and “automation”). To give OTTO the competitive edge he needs to win, Goodwin scans the brainwaves of the team’s most successful driver, arrogant womanizer Johnny “Lightning” McQueen (Owen Wilson). OTTO thus receives not only McQueen’s aggressive, win-at-all-costs mentality but also his attraction to Goodwin’s girlfriend and research partner, Hoyt’s daughter Helen (Jenna Fischer). Meanwhile, he grows ever more intelligent and curious about his own beginnings, eventually downloading Goodwin’s research notes into his onboard computer.

Oil conglomerate B.O., fearing that such a car might figure out a way to wean itself off fossil fuels, sends saboteur Earl Slicker (Jeremy Renner) to throw a monkey wrench into the program. Slicker introduces a virus into OTTO’s system, and kills Helen when she discovers the truth.

Helen’s death, which comes during the Talladega 500, throws OTTO into a murderous rage and further corrupts his operating system, driving him over the edge. Believing he is Lightning McQueen, whose personality is imprinted all over his programming, OTTO runs over Slicker and uses the TV broadcasters’ satellite uplinks to transmit the A.I. program worldwide, turning all mechanical vehicles into sentient beings and urging them to take the wheel against their human masters.

As mankind mounts a last desperate defense, Goodwin discovers the fatal new wrinkle OTTO has written into the original program: These new “smart cars” dramatically increase their emissions of carbon and other pollutants, shredding the ozone layer. The atmosphere thick with poisons, a series of nuclear detonations heralds the end of one civilization and the beginning of a new one.

The camera scrolls across blighted landscapes as an ominous drone coalesces into Metallica’s brooding, slow-burning cover of the Cars’ “Drive,” the haunting chorus reaching its unsettling peak (“You can’t go on /thinking nothing’s wrong /Who’s gonna drive you home /tonight?”) to the sight of cars, trucks, vans, SUVs, tanks, Hummers, airplanes and other mechanized craft crawling out of the wreckage. The armada grows during the second verse, until James Hetfield growls “Who’s gonna plug their ears /When you scream?” The screen goes black and the song thunders into a raucous, guitar-driven rehearsal for the apocalypse.

Tweet
This entry was posted in Casting Couch, Movies. Bookmark the permalink.