Less than meets the eye: Why the Transformers movies are the work of the devil 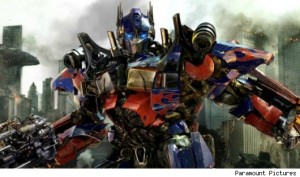 I am a child of the ’80s, and thus a fan of ’80s toys, comics and cartoons. I was a huge G.I. Joe geek well past the age when I should have been embarrassed to be caught admiring the latest Joe-related action figures at Toys R Us.

That said, boy, do I hate the Transformers. I’ve hated them since they first appeared, and over the years my hate has telescoped in size, like Optimus Ponce unfolding into his true form. Don’t get me wrong; I understand the appeal of cars and trucks turning into robots. I also understand the appeal of armies of sentient robots waging an epic interstellar battle. I’m just not sure those things should go together. Still, as long as the Transformers were confined to a cheesy, poorly animated half-hour here and a comic book I never read there, I could tolerate their existence.

That was then—before Michael Bay took a dorky line of toys and turned them into an unstoppable action-movie franchise. Before said franchise raked in enough cash to not only buy the United States’ debt to China, but to cut out the middleman and buy China outright.

Why do I hate the Transformers movies, and why should you? Let us count the ways.

Tweet
This entry was posted in Just Sayin', Movies, Seriously?. Bookmark the permalink.