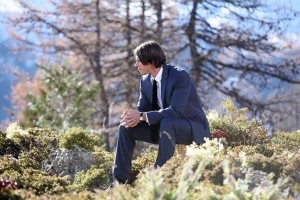 “Why do birds fly upside-down over Mississippi?” “How do you keep an Alabama girl from biting her nails?” You’ve heard all the jokes (especially if, like me, you were raised in Louisiana). But don’t think that the hard-working denizens of those states are resting on their laurels. No, sir. A Public Policy Polling survey of 1,256 likely Republican voters in both states, taken in advance of Tuesday’s primaries, revealed that Alassippians are working overtime to ensure that they remain looked down upon by the other 48 states. More than 40 years after the last state ban on interracial marriages was lifted, it turns out that 21 percent of Alabama voters surveyed, and 29 percent of Mississippi voters, think it should be illegal.

But that’s not all, folks. Forty-five percent of Alabama voters believe that President Barack Obama is a Muslim. Of course, they appear downright enlightened compared to their peers in the Magnolia State, where 52 percent of surveyed voters are convinced that the leader of the free world prays facing Mecca five times a day. (Let me see if I’ve got the thinking straight. Sometime in the 1970s or ‘80s, a biracial, Kenyan-born Muslim named Barack Hussein Obama decides that in 2008, he will run for president. In order to cover his Allah-worshipping tracks, he begins attending a Christian church in the early ‘80s. Being such a forward-thinking type, you’d think he’d be smart enough to choose a church with a less-controversial pastor than Jeremiah Wright. But I digress …)

That’s not even the best part: A whopping 22 percent of the Mississippi voters polled said they believe in evolution, while 66 percent did not. Here, it’s the Alabamians who come out looking relatively sophisticated, as only 60 percent pooh-poohed evolution compared to a staggering 26 percent who were willing to risk public flogging by admitting they believe in it. Looks like Alabama’s in the midst of an intellectual renaissance, y’all.

Just when 1,256 likely Republican voters in Alabama and Mississippi need it most, the venerable educational resource is going out of print. Known for providing the authoritative take on any number of subjects covered within its dozens of volumes (the last set, in 2010, filled 32 tomes), this iconic mainstay of many a youth is finally succumbing to the realities of our digital age. The entire focus of the Encyclopayy-dia (as Ted Mosby insisted on pronouncing it) will now be directed to its online presence, which will continue to provide the gold standard of reliable information, a stark contrast to our era of ridiculously inaccurate Wikipedia pages. “We cannot deal with every single cartoon character, we cannot deal with every love life of every celebrity,” the Encyclopaedia’s Jorge Cauz told the New York Times. “But we need to have an alternative where facts really matter. Britannica won’t be able to be as large, but it will always be factually correct.” Meanwhile, we’ll always have the Junior Woodchucks Guidebook.

3. People are still watching The Bachelor

Oh, there’s a sliver of good news here: Monday night’s finale was reportedly the least-watched season-ending episode in the franchise’s history, down 40 percent from last year. But the part that has us weeping for the future of civilization is this: an incomprehensible 9.1 million people tuned in to see which woman this guy chose as his soul mate. No, seriously, take another look: This is the guy whose love life kept 9 million women glued to their TV sets for three hours. This dude right here.

2. Arizona joins the War on Women

A Senate Judiciary Committee in the Grand Canyon State endorsed a House bill this week that would allow employers to make sure female employees using insurance to buy birth control were using it for reasons other than not wanting to get pregnant. You read that right: Women would have to provide proof that they weren’t using birth control for the very purpose for which it exists. “What’s that, Mrs. Haversham? You like the way it tastes? And you say it gives you super-powers? Oh, all right, then, very good. As long as you’re not using it to … you know (shudder) … have sex.”

Creative Loafing, Atlanta’s award-winning alternative newsweekly, has laid off four members of its editorial staff. This is the latest chapter in a long and troubling saga, not just for this storied newspaper but for print media in Atlanta and, indeed, across the country. Shrinking ad revenues and harsh bottom lines have resulted in severe cutbacks and restructurings for many publications, and the shuttering of more than a few.

It’s a thorny puzzle, with readers flocking to the Internet while news organizations staffed with qualified reporters struggle to monetize their online offerings. The Internet may be the future of news, but if that future is increasingly manned by bloggers without the training, resources and experience of professional journalists, where, then, will we go for the kind of in-depth investigative pieces that shine a light on corruption, broach important topics and save lives?

I’m not trying to sound like a Luddite here. Like everyone under the age of 75, I get the majority of my news online. But I still enjoy the experience of reading an actual newspaper or magazine, and appreciate the hard work that goes into producing them.

I speak not just as an observer but as someone who has both written for Creative Loafing and competed against it. From 2002 to 2004 I was privileged to be a regular freelance contributor to its music section; after that, I took a job with a scrappy start-up founded by a quartet of salesmen who’d defected with the idea of running their own newspaper. Although there was some bad blood between the two publications, I was always grateful to Creative Loafing and particularly its Editor in Chief back then, Ken Edelstein, who was very gracious and generous with me. I’ve always respected the paper, and have recently been encouraged by what I saw as promising signs about its future direction under its new editor, Eric Celeste.

The cutbacks at the Loaf, as many Atlantans call it, come even as the paper’s parent company is said to be attracting potential buyers. Creative Loafing may survive and even once again thrive, but it’s hard to see past the immediate short term, in which its vitality and authority are severely diminished by the loss of celebrated and talented writers who were experts in their fields. And it’s harder still to shake the sense that something larger than a single newspaper, something formless and irreplaceable, has once again been lost, and can’t be regained.

Tweet
This entry was posted in Just Sayin', Media, Politics, Television, The End of the World. Bookmark the permalink.