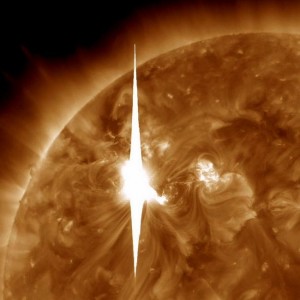 It’s not bad enough that Sharon Osbourne can be seen each weekday morning cackling with other hens on a pointless knockoff of The View, or that no one questions why marrying a slurring, bumbling, used-to-be rock star qualifies her to judge whether America’s Got Talent.

No. Now Ozzy and his brood are working on an animated series to be called The F’n Osbournes. (Apt, really, since the “Prince of Darkness” long ago descended into cartoon-character caricature.)

Apparently, since the great universal irony of having Kelly Osbourne pass judgment on the looks and fashion choices of others hasn’t split the entire space-time continuum asunder, the family believes the world is starving for more Osbourne media exposure. To which I say: Be careful, Osbournes. The universe can only take so much.

Second of all, I’ve never understood this woman’s appeal. Sure, she cuts a nice figure in a pair of Daisy Duke shorts. You know who else does? Millions of other attractive women who aren’t fame-mongering ditzes, that’s who. If I want to see nipples, areolas, and pubic hair on a body with absolutely nothing going on upstairs, I’ll buy a blow-up doll.

3. This photo from the upcoming Lone Ranger movie 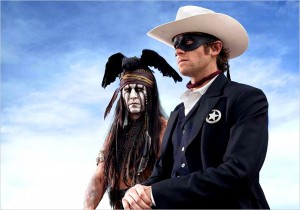 Granted, it’s premature to judge a movie on a single image. But if what we’re looking at turns out to be what it appears to be—a “wacky, zany” take on the classic tale, with Johnny Depp lending Tonto a certain Captain Jack Sparrow-ish wacky zaniness—well, the universe can only take so much.

2. Canada could be the next superpower

Yeah, you heard me. Let that sink in a moment. Amid speculation that Iceland could adopt Canada’s currency in a bid for economic stability, the panic index is rising … at least, it is here at Island HQ. “So what?” you ask. “What does it harm me if Bjork has to start carrying loonies in her pocket? She’s a loonie already, so it makes a kind of poetic sense.”

Well, sure, it starts with Bjork, but where does it end? Next thing you know, the Great White North is bailing out Greece, the Mounties are marching into Syria, and then we all wake up one morning and the radio only plays the Barenaked Ladies and the Tragically Hip, everyone’s wearing flannel and appending “eh” to the ends of sentences, Bryan Adams is on the flag and every television station broadcasts nothing but hockey and Rush videos. (Actually, that last part wouldn’t be so bad.)

Two “coronal mass ejections” are slamming into the Earth even as you read this. Which, really, you probably shouldn’t be doing, unless it’s from the safety of your underground tornado shelter. Sure, everyone laughed and pointed at you when you started excavating your back yard and had a giant shipping container lowered in there, like Michael Shannon in Take Shelter. But who’s laughing now, huh? You, that’s who.

Sure, the mainstream media is trying to downplay the whole thing. HLN’s Bob Van Dillen is even making jokes about toasters becoming self-aware. But that’s just what you’d expect them to do. That’s fine. Let them laugh and play their reindeer games while our radios hiss static, planes are rerouted (to indoctrination camps, perhaps?) and the stock market plummets. Meanwhile, we’ll just sit here in our bunker. Waiting for the toasters.