The Academy Is … not that important 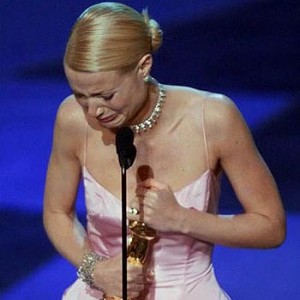 I don’t really invest much thought or emotion into the Academy Awards, beyond what my job requires.

I liked the Oscars much better as a small child, when I labored under the impression that they were voted on in real time, with people all over the world registering their opinion by phone—much like American Idol, only with far more import, since these votes decided for all time which was the best movie, actor, director, etc., of the previous year.

I remember being appalled when I learned that I couldn’t just pick up the phone and vote for Star Wars as Best Picture—that these things were decided on not by the great unwashed, but by the people who made the movies that were being voted on. “What kind of con game is that?” I wondered (I am, of course, paraphrasing my pre-adolescent thought processes here). “Why aren’t we letting the people decide the best movie of the year?”

The answer, my grown-up self now knows, is that when you let the great unwashed vote on such things, you get the People’s Choice Awards, and goodness knows no one wants those to be the great arbiter of everything good and important. And that’s my main gripe about the Oscars—for many people, both inside Hollywood and out, they carry far too much weight as the official record of the Best of Cinema. Sure, it’s a better criterion for such a thing than box office, but not by much. In the cold hindsight provided by 13 years of distance, does anyone still think Titanic was the best movie of 1997? Above L.A. Confidential, Boogie Nights, The Sweet Hereafter or even Good Will Hunting? Heck, Titanic wasn’t even the best movie on cable the other night, and it was the only flick that didn’t feature either Rob Schneider or Harry Potter.

Why should I be anything other than mildly curious what a bunch of actors, makeup artists, editors, special-effects technicians, crew members and gaffers and best boys (whatever those are) decided to be the most praiseworthy pictures, performances and achievements?

Don’t get me wrong. Yes, it’s great to be recognized by one’s peers (or so I imagine), and it must be especially gratifying for an actor to know that his performance was carefully judged and pronounced worthy by other actors, who presumably know what to look for and thus know what they’re talking about. But given the outsized importance so many people place on the Oscars, it’s kind of like letting politicians decide who should get elected to office.

“Why are you going on about this?” I hear you asking. “It’s not Awards Season—hell, it’s the middle of August. No one except Dave Karger at Entertainment Weekly is even thinking about the Oscars right now.”

Fair enough. I do have a point, I promise. But since I’ve eaten up almost 500 words on this post, and it’s been suggested I keep these things a little shorter, I’ll save that point for tomorrow—or if not tomorrow, then later this week. (Now you have to come back. See how I did that? Genius! I’m like the Kanye West of this blog.)

One Response to The Academy Is … not that important