The case against the human body 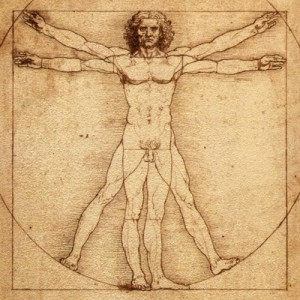 A couple of days ago, I promised to outline my reasons for filing a class-action lawsuit against the makers of the human body.

Well, you all know what happened next. My next post was on a completely different topic. Immediately, the stock market crashed, the polar ice caps melted, the oceans boiled over and the skies turned red with the blood of angels. Dogs and cats put aside their differences and formed an uneasy alliance.

The e-mail servers here on the Island crashed, and our phone lines were jammed as a desperate public stamped its collective feet and demanded—nay, pleaded—that I not keep an anxious public waiting. Brett Favre promised he’d sign with the Vikings for another year if I’d just come through—or send me pictures of his junk if I did not. The Dalai Lama himself sent me death threats via Twitter if I didn’t drop whatever I was doing and fulfill my pledge to the world.

Okay, so maybe that’s a slight exaggeration. Nevertheless, I’m nothing if not a man of my word—and besides, I already had it written, so I might as well go ahead and post it so that we can all move on.

So, without any further ado …

EXHIBIT A: It can’t properly process half the fuel it takes in.

One of the best things about being human is eating. And it would seem to be a good thing that we can consume so many different types of matter. But there’s a catch (of course): Just because something tastes good doesn’t mean it’s the most optimal thing we can throw in the old fuel tank. In fact, just the opposite is true. The better something tastes, the greater the likelihood it’s not going to inspire peak performance. (And spare me your cries of “But I love healthy stuff like vegetables and tofu!” It’s like arguing the musical merits of Fergie or the “comedy” of Demetri Martin: You may have tricked yourself into believing it, but you’ll never convince me.)

The human body is the only machine (and yes, it is a machine) that gets away with this. At least with an automobile, you know that if you pour sand in the gas tank, it’s not going to run.

And because our bodies can’t properly process the fuel that’s available to them, we’re expected to spend a half-hour or more every day pushing those bodies to their limits—sweating and grunting and risking very real damage to our bones and muscles. We’re encouraged to inflict real pain on ourselves just to keep these damn things working properly.

On top of all that, even if you do everything right—you put only the right fuel in the tank, and you torture yourself regularly—you can still only use it two-thirds of the time. You have to turn it off for eight hours every day! Sleep—what kind of rip-off is that?!!

The human digestive system, as we’ve noted, can take in a lot of things. And what does it do with the small amount of stuff it can’t break down into something useful? It spits it back out—in the most loathsome form imaginable. It’d be one thing if we pissed out pink lemonade, or if every time we went to the bathroom we came back with a giant block of foam that could be stacked and used for furniture. Instead, our waste is so disgusting to our senses that we have to eject it through a series of tubes into a hole in the ground—or, worse, into the nearest large body of water. But that’s not even the most ecologically unfriendly thing about the human body …

EXHIBIT C: Its warranty is for crap.

No matter what, your body is eventually going to crap out on you. Parts are going to break or go bad. Memory is going to fade. You’re constantly vulnerable to all kinds of viruses and diseases. And through some glitch of birth or fate, you might not even be able to control certain distasteful functions. Oh, and the best part—eventually it’s going to stop working altogether. And when it comes time to go to the ol’ compost heap in the sky?

Well, that’s not strictly accurate. When we die, our bodies do eventually wither away to nothing—after years and years of rotting in a box. You can’t compost them, you can’t make them into tires or chairs or what have you. (Well, I mean, you can, but the Germans kind of ruined that for everyone.) What are cemeteries, really, but giant landfills filled with useless bags of skin and meat?

Yes, let’s. Most of us can agree that sexual congress with another human being is, bar none, the single best thing you can do with your body. But of course, this incredibly pleasurable experience comes with a disastrous side effect: Namely, you run the risk of creating another human body! And not even a better, shinier model you can transfer your consciousness into. No! Instead, you run the risk of creating a tiny, vulnerable little human body that you are then forced to feed, shelter and provide for!